Event sponsored by Luca Chiarabini Memorial. This sponsorship has been granted in the framework of the LUCA MEMORIAL PHOTOGRAPHY COMPETITION, world edition thanks to the authors of the winning photos who have voted for the Garma Ciega International Camp to be sponsored. And special thanks to Juan Ignacio Montero Martín for his support to this candidacy.

On the occasion of UNESCO’s celebration of the International Year of Caves and Karst, of which we are «partners», we are going to programme a series of interesting activities.

One of these activities will be the celebration of an International Camp that will aim at Garma Ciega.
In 2020 four ESOCAN volunteers participated in the Berger 2020 camp organised by Remý Limagne and the French Caving Federation. One of the objectives of our participation was undoubtedly to do some good caving. The other was to know first hand (benchmarking) what they do so successfully in Villard de Lans, taking the Gouffre Berger as a reference. 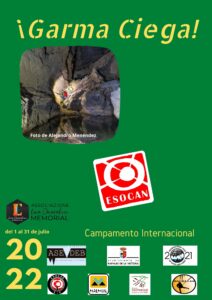 Undoubtedly, the main objective with which we set up the Fundación Espeleosocorro Cántabro, ESOCAN, was to provide legal coverage to a group of people who are loyal and disinterested in cave rescue. But we immediately realised that we could be a very good tool for the training of speleologists through our School of Speleology. 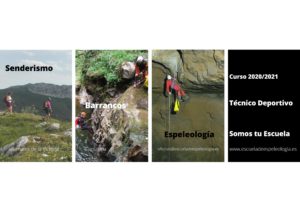 The good reception that this Foundation has had in the Alto Asón region makes us indebted to the support and recognition that the people of the region give us. So much so that we feel committed to the development of the region and the fight against the depopulation that inland Spain has been suffering. 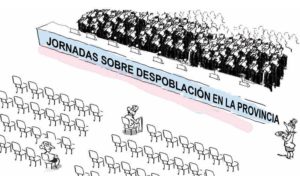 From the very beginning, it was clear to us at the School of Speleology that training can be a powerful tool for local development. Thus, in 2016 we presented our strategy for the development of tourism in the Alto-Asón region at FITUR.
In essence, the strategy consists of training professional guides who know our natural resources in such a way that, by attracting clients from their place of residence, they can bring them here to carry out their activity. 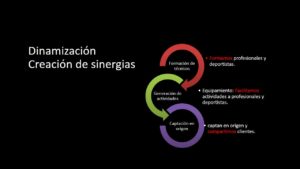 More recently, in 2018, we presented our GeoKarst project in collaboration with the Cantabrian Valleys Geopark project, a candidate for UNESCO World Geopark, aimed at highlighting our geological heritage, both superficial and subterranean, associated with karst. We hope this project will see the light of day this spring. 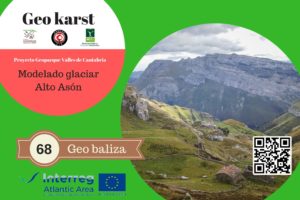 This same year 2018 we collaborated with the University of Cantabria in the Design of the Marketing Plan for Cantabria as a Speleological Tourism Destination. 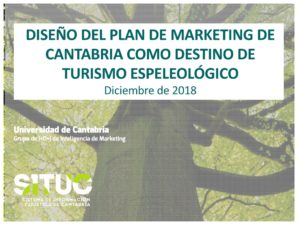 In the diagnosis made in this study, a series of opportunities appear based on international orientation, positioning in caving tourism and the development of caving products by levels of difficulty. 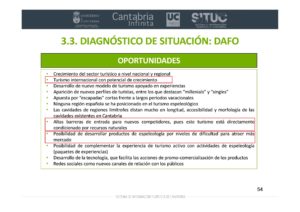 In the same document a series of strengths are detected based on the practice of speleology and the positioning that the Alto Asón region has among Spanish speleologists, but at the same time the low level of knowledge that foreign speleologists have of our potential. 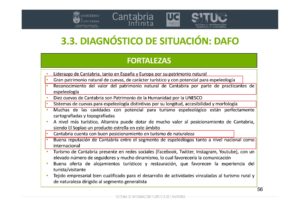 The objectives of the aforementioned marketing plan include the segmentation of the sport of caving into three segments: a segment that is already provided for by active tourism companies in the region and surrounding areas. Another «classic» segment is provided for by sports clubs, and a third segment that was once catered for by clubs and which has been abandoned in the region for some time now, that of speleological activity on large verticals that are not considered to be traverses. 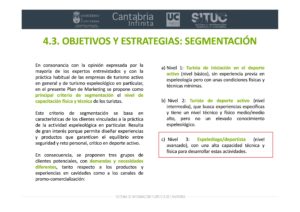 The aim of this project is to develop a high-level sporting activity, facilitating logistics for the participants and encouraging the practice of «committed» caving. Going down to the Garma Ciega siphon or doing the Cellagua-Garma Ciega traverse or vice versa involves a high level of technical, physical and psychological commitment. It is not an activity for everyone. It is aimed at athletes with a good physical, technical and psychological preparation, which will require detailed planning. We provide the infrastructure: bivouac, ropes, anchorages, etc. However, this does not negate the need for the participants to make a responsible and objective self-assessment of their abilities and a careful planning of the activity.
I am interested and would like more information